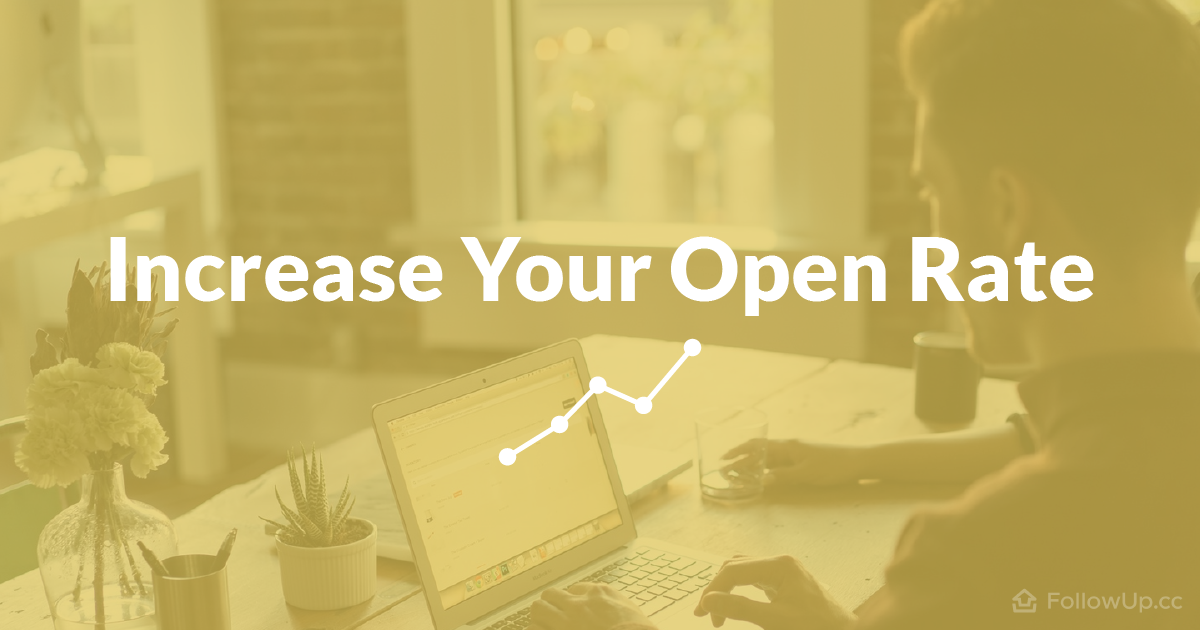 This post was written for FollowUp.cc by Christopher Riegger, an expert on list building and growth for small businesses. Check out his writing at Growth Fruit.

In January of 2015, my company launched a new tool in beta. For the first several months of that year I was in complete hustle mode, Google stalking and cold emailing as many people as I could to get them to try our fledgling tool.

Initially, “Heyo Cart” was a tool for selling digital goods online, so we focused our outreach on user groups like authors (ebooks), musicians (digital music), and information marketers (online courses). From January through March of 2015 I sent ~100 emails per week from a starting point of zero. Meaning…I had to go research my own prospects, find their contact information, convince them to talk to me, and then pitch them. In short, it was a painstaking and tedious process that many of you probably know all too well.

I tested constantly during this time and learned a ton in the process. In particular, I found that by adding one, simple email to my pitch strategy I became far more likely to get a response. Read on to find out how I did it.

I’m sure that many of you reading this article get cold pitches via email all the time. I know I do. In fact, here is one I got very recently:

I hope this message finds you well. I’d like to set up a discussion with you to go over how you’re currently running project management operations at Heyo.

[APP NAME] is an all in one business management platform designed to create visibility on workflow, optimize resource utilization, and increase profit for Marketing and Advertising firms like yours.

Do you have availability this week for a brief discussion?

I know your time is valuable, so thank you in advance for your response.

The above represents a pretty generic approach to cold pitching that we’ve probably all been guilty of at some point in our career. And I’ll confess that I started my prospecting efforts in much the same way. Here was one of my early email templates.

I hope your 2015 is off to a great start. I’m reaching out to you with an opportunity.

At Heyo, we’ve developed a way for you to sell a digital product (such as an ebook or audio track) directly in a Facebook post. Your fans simply comment “buy” to purchase the product and you generate sales automatically.

You can check out a few sample posts from other public figures to get a feel for how this technology works: {Inserted links to live posts}

We’re offering select authors the first shot at trying the new product before it goes primetime and we’d love to include you in that group.

Can I jump on the phone with you for 10 minutes so I can tell you more?

Thanks so much!
Chris”

I’m sure many of you seasoned salespeople are rolling your eyes right now, because you already knew what I quickly found out. THIS APPROACH DOES NOT WORK.

Let me be clear for a minute and define “this approach.” What does not work is sending a cold email that is informative and explanatory. It’s just too easy to ignore and overlook. And the person you’re emailing probably gets several, similar emails every day. It’s not interesting and compels no action from the reader, and the numbers reflected that. My response rate to this email was under 10%. It stunk, so I decided to try something different. And I began by reviewing what I knew.

My ultimate goal was to get authors, musicians, etc. to try our new tool, but the likelihood of achieving this goal via my first email was extremely low. I decided that my true goal with this first email was just to get a response. That’s it. I didn’t need to “explain the opportunity” to the reader. I just had to get them to respond. So I decided to give them “the one liner.”

The one liner is an email with a single, relevant, one line question with the sole goal of getting the reader to respond. My hypothesis was that if I could simply get the prospect to respond to an email about anything, they were far more likely to respond to my pitch email.

I decided to try this out first with authors, and since the goal of Heyo Cart was to help authors sell more ebooks, I went with this question:

“Hi, Melanie. Do you sell ebooks in volume?”

I sent this email to the first tranche of authors and got an open rate of ~40%. Over time the open rate also stayed at 40-45% (sometimes higher).

Right now you’re probably thinking “Sure, Chris. But they still haven’t responded to your pitch. You’re not helping your sales goals!” That’s true. So let me explain the rest of the strategy.

Let’s say I sent the one liner to 100 prospects and got 40 responses. Those responses typically looked like: “What do you mean sell ebooks in volume?” or “Sure! Let me know what you had in mind.” Then I’d essentially reply to their response with my pitch. It might look like this:

“Hey Melanie! Thanks for the reply. Let me explain what I’m after.

I’ve just developed a new way for authors to sell ebooks in volume directly in a Facebook post. Your fans simply…blah blah.”

I’ll go back to the numbers. Based on a send of 100 one liners I’d end up sending 40 of these pitch emails and typically get 35-40 responses (many of them indicating interest), improving my response rate to my pitch by at least 200%.

This exercise reinforced a very important selling principle that every good salesperson should know. Getting someone to take a small action makes them multiples more likely to take another, larger action. In this case, by taking the step of answering a single, one-line email from me, the prospect invested a little bit in the conversation and was far more likely to answer my pitch email.

Do you think I’m crazy? That’s OK. I’ve been called worse. But don’t take my word for it. Try this the next time you’re in the throes of cold emailing prospects. After all, smart people test.

I started my career in New York City, but now reside amidst the mountains of Southwestern Virginia. I’m an extrovert and a perfectionist, and both of these traits have served me well as I’ve led growth initiatives and worked to build digital brands like Mad Mimi, Heyo, and Followup.cc.